British dairy farmers import 200,000 tonnes of soya per year which could be significantly reduced in favour of domestically grown rapeseed feed, thanks to Warwickshire-based company, Yelo.

UK dairy farmers are coming under increasing scrutiny over their part in the consumption of imported soya products (roughly 8% of the total 2.5 million tonnes). Typically sourced from tropical countries like Brazil and Argentina, the production of soya beans is associated with deforestation and high quantities of greenhouse gas emissions.

In August 2019 alone, 87,000 rainforest fires were recorded in Brazil, with illegal deforestation to make way for cattle ranches and soya bean production cited as the primary reason. Leading UK retailers like M&S, Asda and Tesco have already vowed to remove all products that use deforested soya from their supply chains and the trend towards more environmental awareness and improved sustainability will only continue.

Yelo’s alternative, high-energy feed, NovaPro, uses rapeseed sourced from within a 50-mile radius of its processing plant in Stratford-upon-Avon. Once the oil is extracted, it is then mixed with wood sugar to create the final product. According to the company, just 20% of the UK’s annual rapeseed yield would be enough to remove soy entirely from the British dairy farming industry.

Furthermore, Yelo’s production facility is zero waste and generates its own heat and power through renewable energy sources.

Richard West, a dairy farmer in Buckinghamshire, managed to reduce the amount of soya beans he fed to his herd by two thirds by using NovaPro, and also reported that introduction of the feed and reduction of soya “…has had no negative impact on milk yields.” And if anything were “slightly higher.”

A recent study by the University of Nottingham certainly suggests so. Within the trial, cows fed enhanced rapeseed feed produced on average 1.7 litres of milk more per day than cows fed exclusively on soy.

CEO of Yelo, Kevin Ball, said: “We are very excited about NovaPro, now seeing farm evidence of it successfully replacing soya in dairy rations. Furthermore, whilst we are focusing on reducing our footprint, with a carbon efficient operation, we are producing a protein feed that, in turn, helps the dairy sector improve its nitrogen efficiency.

“If we can persuade all of the UK’s dairy farmers to put the soy ration down and NovaPro up, we could reduce the UK’s soy consumption by 10 per cent. It’s not a knockout blow but it’s a good start.”

LKL Services to Agriculture are a leading supplier of relief and contract personnel for the agriculture sector. To learn more about our services, including herdcare and labour solutions, please contact our friendly team on 01722 323 546.

Start your CAREER today by signing up now!

Find your next farm job through LKL. Our network of field-based managers, supported by a small team of specialists based at our Salisbury headquarters, are responsible for maintaining regular contact with farm owners and managers. 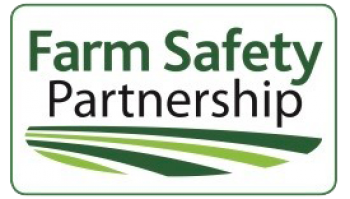